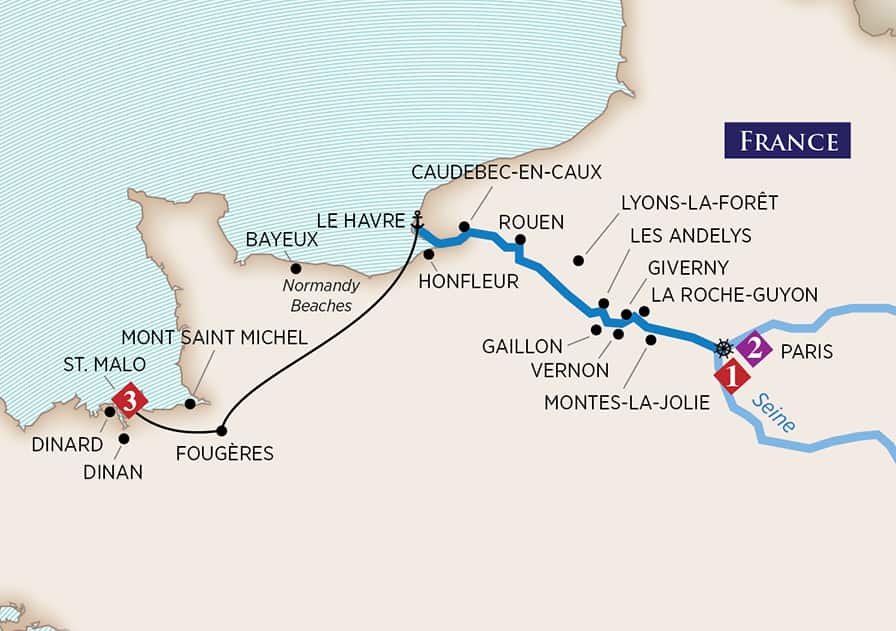 During our Cyber Sale you will receive an additional $100 off per person in combination with our up to $1500 off promotion we currently have going on. Don't miss this deal, it ends soon!
Combinable with most other promotions.
Must Book By Sun, Dec 06, 2020
View Promotion Terms & Conditions ›

Valid only on new FIT bookings made November 23 – December 6, 2020. Receive $100 per person savings on all 2021 & 2022 sailings in Europe and Asia (Excluding: Portugal and Christmas Market/New Year’s cruises). Not applicable to Group bookings. Combinable with Past Guest and Future Cruise Benefit Program. Combinable with other promotions. Combinable with Consortia Block and Amenity Programs. Additional restrictions apply.

Save up to $1500 on select 2021 river cruises. Amount varies by sailing date and not all dates apply, contact your Travel Consultant for applicable sailings.
Must Book By Thu, Dec 31, 2020
View Promotion Terms & Conditions ›

All rates are per person in USD for cruise only, based on double occupancy in a E category stateroom for Europe, BB (AB category for AmaMagna) for Holiday Cruises, and category C for Egypt, unless stated otherwise. Discount is not combinable with FREE AIR or COMPANION AIR offer. Promotional rates are valid on select sailings for new bookings only made from October 1 – December 31, 2020. Up to $1,500 Savings are per stateroom, based on double occupancy, and varies by itinerary and sailing date. Complimentary upgrades for Holiday cruises are applicable to categories BB – AB (AB – SB for AmaMagna). Onboard credit of $100 per stateroom ($50 per person) is based on double occupancy in USD and can be applied towards all onboard purchases. 25% Single Supplement Savings applicable to select 2021 Europe and Asia sailings with a current retail offer and applies to balcony staterooms, excluding A+, AA+ and Suites. Offers are combinable with AmaWaterways’ Past Passenger Privilege Program and Future Cruise Benefit Program. Offers are not combinable with any Solo Travelers booked with 25% Single Supplement, or any other promotions, limited to availability, capacity controlled and subject to change/termination without notice. Port charges, optional land programs, visas, airfares and gratuities are additional. Other restrictions apply. Most Christmas markets open during the last week of November until approximately December 22. Check with each country’s tourist office for more information. Free Air promotion: for applicable gateways, offer details and complete terms and conditions, visit our website. Registration as a seller of travel does not constitute approval by the State of California.

Everything was perfect. Hotels booked were excellent, Amadante was perfect, staff always courteous and professional, tours were very informative, but Veronika our Cruise Manager was exceptional.

Our trip with AMAWaterways was close to perfection. Every detail was covered with an exceptional Tour Director and friendly, attentive staff.