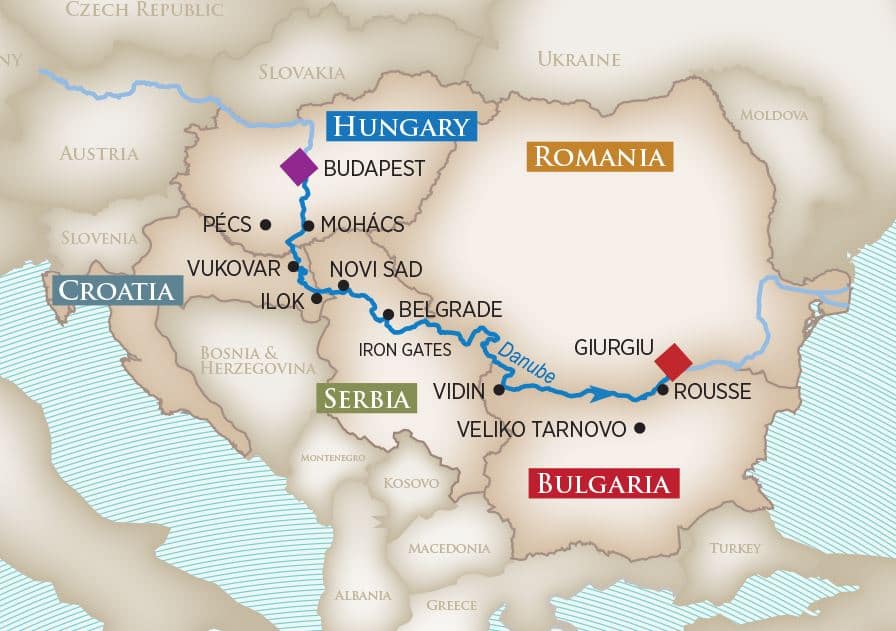 Very nice experience. All handled in a professional and courteous manner.

This was my first river cruise, and my only regret is that I've waited as long as I have to do this. The entire AmaWaterways crew -- from the ship captain all the way to the housekeeper -- were outstanding. The ship itself was beautifully decorated for Christmas, and the cabin was well organized and extremely comfortable. I appreciated the variety of available shore excursions, and the local guides were excellent. I'm looking forward to cruising again many times with AmaWaterways.

This was my second trip with Amawaterways and it was just as wonderful as the first. I have actually booked two more with them through Karen at Affordable Tours.

Trip was everything that was expected and more.

We booked the cruise and extensions which was 24 days. Evidentially, this trip could have been booked in segments which we were not aware of as the coming and going of various groups was very strange throughout. We started in Prague, always a great adventure. We were to go to Nuremberg, but due to low water were bused to the ship departure, Vilshofen, with options to hit the first two ports we missed by bus as excursions. Other folks joined from Vienna, a large group came onboard, and we were nearly at max going down the river. All but 18 people left at Budapest, including the Cruise Director. At that point we found out the second portion was a Wine Cruise with a different name, new director, and new passengers came aboard bringing us to capacity once again. So this became two cruises, actually, with totally different passengers on each except the original 18. As we continued for the extension, there were 40 of us until the end in Bucharest. One can see how this was rather disfunctional and more like a train ride with customers joining and departing continuously. Never knew who would be at dinner the next night. This may work from a business point, but very confusing to those that just purchased a single cruise with extensions and enjoyed meeting folks as we sailed down the river. Had I known there would be such a revolving door would have researched better and re-evaluated my choice. AMA, as always did a superb job, but the logistics of this whole adventure must have been a nightmare and stressful for the staff. Vacations need continuity.

We are very pleased with our trip.Morgan gave many options to pick from but, after discussion of the places we wanted to see she help us to narrow our choices.I would recommend Morgan to any of our friends how are planning to travel.

Could not improve on this fabulous tour

The AmaWaterway trip along the Douro - with extensions in Madrid and Lisbon -- provides a wonderful autumn interlude in Iberia. The program is especially strong for the one week spent on the Douro. The programs in Madrid and Lisbon leave a great deal of free time -- good if you can arrange your own meals and excursions, not so good if you like more arranged, especially after long flight to Europe.

Everything was first class with lots of attention to detail and the pleasure of the passengers.

This was a vacation of a lifetime! Staff members were courteous, friendly and very helpful with every aspect of the trip. The sites were fabulous! Made many wonderful friends along the way! Would recommend this trip to anyone! Many beautiful memories were made!

Vince is my agent that tends to my wife and myself's travel desires. He is the most accommodating person with the company providing an extremely competitive competitive rate.

All the arrangements were made through Affordable Tours and everything went as planned.