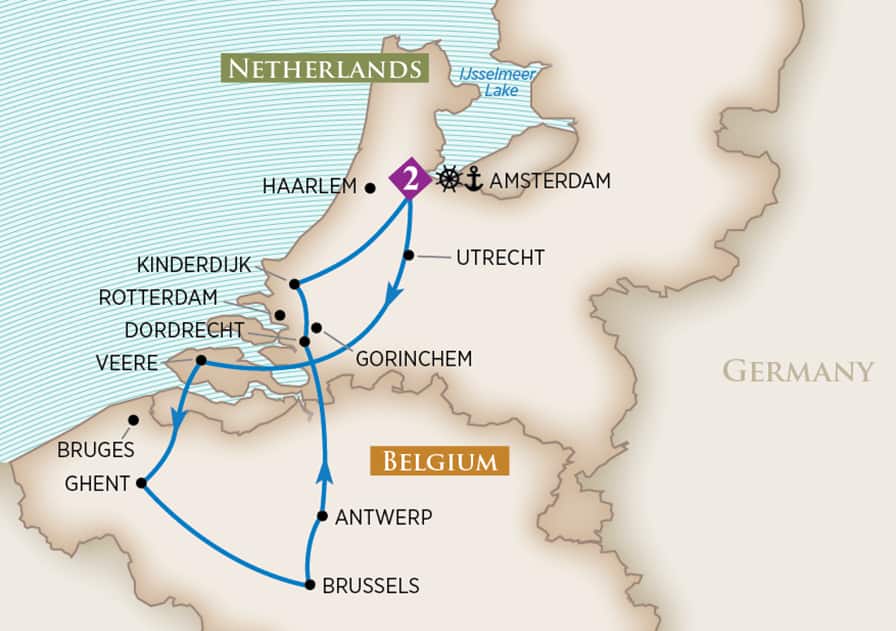 Spend 2 nights in Amsterdam, then enjoy a 7-night roundtrip Amsterdam cruise visiting the gems of the Netherlands and Belgium

This trip with AMAWaterways was beyond outstanding from start to finish. The ship, crew, meals, and excursions were all excellent and exceeded my expectations. I loved it.

We were very well pleased with AmaWaterways, so much so that we made a deposit on a future trip with them. The ship was beautifully decorated for the Christmas market cruise. The tour manager and the ship's crew were highly professional and friendly. There were daily activities both off and on the ship to keep us entertained. The food and drink were wonderful. The itinerary was exactly as described.

AMA Waterways is indeed a first class operator. The shipboard staff were consistantly very helpful and courteous. The food was outstanding, plentiful and with many alternative dishes. Everything was very clean. The activities for the ports/cities visited were well planned with alternatives depending on whether one wanted a routine walking tour, agressive tour or biking tours. We enjoyed concerts, local entertainment, and scenic tours with local guides that were very knowledgeable and spoke perfect English. We cannot say enough about the experience on the AMA Waterways ship. Every situation was anticipated and accommodated. We look forward to the oppportunity to take another cruise on AMA Waterways.