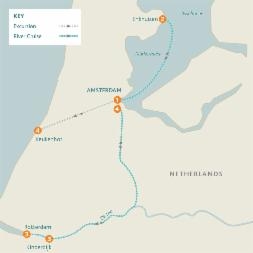 Prices are per person, based on two people sharing a twin cabin. There are a limited number of single cabins available on all decks, at the relevant supplement. The price includes:  Full board from dinner on your day of arrival until breakfast on your final day; if you choose to travel with us on any of the full day excursions by coach, a packed lunch will be provided. Anyone choosing to stay on the ship may of course have lunch in the restaurant Morning/afternoon tea and coffee All visits and excursions as mentioned Coach travel as mentioned The services of a Riviera River Cruises cruise director and concierge throughoutPlease note that on-board Wi-Fi speeds may vary.
Get a Free Quote Now