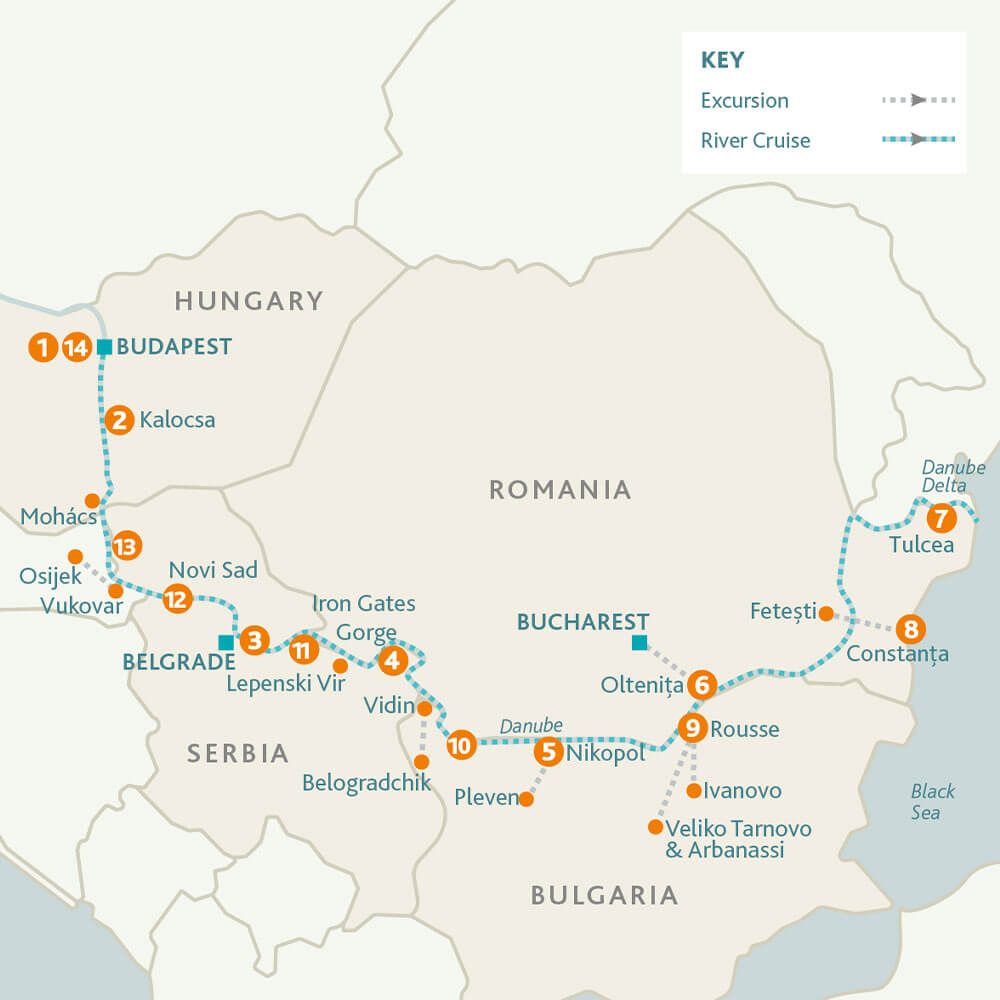 On this incredible journey through the Balkans, we start by exploring the stunning sights of Kalocsa&nbsp;and Belgrade, with its magnificent Kalemegdan Fortress. Then it’s off to Pleven passing through the Iron Gates Gorge and the Djerdap locks before visiting Bucharest. Known as ‘little Paris’ this gem of a capital city will capture your heart with its romantic buildings and tree-lined boulevards.Then we explore the very best of The Danube Delta and enjoy a cruise through Europe’s largest area of wetlands and marshlands – a UNESCO-listed site. From here we see Constanta where you can explore it’s charming Old Town and museums, Veliko Tarnovo and the village of Arbanassi.After taking a scenic drive to the spectacular rock formations at Belogradchik we visit Lepenski Vir – one of the most important Mesolithic archaeological sites in Serbia before travelling to Novi Sad, Osijek and Vukovar. Finally, we discover the imperial city of two halves – Budapest.

Prices are per person, based on two people sharing a twin cabin with a limited number of single cabins available on all decks, at the relevant supplement. The price includes:  All meals except lunch on day six Morning/afternoon tea and coffee All visits and excursions as mentioned Coach travel as mentioned The services of a Riviera River Cruises cruise director and concierge